The Osa Peninsula is considered to be the most preserved and fascinating region of Costa Rica. It has been presented by National Geographic as “The most intense biologically place on earth” with more than 2.5% of the world’s biodiversity. It is made up mainly of the largest tropical rainforest on the Pacific coast. It is home to many endemic and/or endangered plant and animal species such as Baird’s tapir, jaguar, puma, ocelot… and half of the birds visible in Costa Rica. You can discover the rainforest and its natural richness by visiting the Corcovado National Park but also by walking the trails of private reserves (Osa Conservation, Bollita…). They are more accessible. The peninsula also hides many secrets (gold miners), pre-Colombian vestiges…)

Three hour hike in the Miguel Sanchez reserve (Rancho Piro). You will discover the extraordinary fauna and flora of the Osa Peninsula. You will cross a primary forest with incredible trees. You will have lunch at the table of the owners of the reserve. Then you will walk again to reach an incredible deserted Pacific beach. You will be able to refresh yourself in the river that runs along the beach.

Very accessible hike to Cabo Matapalo on the most beautiful beaches of the Peninsula.  Cabo Matapalo is the tip of the Peninsula between the Gulf and the Pacific. It is a very accessible site which allows to discover three superb beaches, to observe the fauna and in particular the 4 species of monkeys of Costa Rica. Pascal will accompany you. We will share a picnic on the beach. At the beginning of the afternoon we will walk in the forest to reach a waterfall where you will be able to refresh yourself.

You will cross a primary forest. You will discover amazing views of the Pacific Ocean and the Golfo Dulce. You will walk along rivers and plunge under waterfalls. You will discover the incredible natural treasures of the Osa peninsula but also vestiges of the pre-Columbian civilization (tombs, potteries…). An exciting day full of extraordinary discoveries.

Discover the extraordinary jungle nightlife. The visit is led by a guide in a private reserve in Puerto Jimenez. You will walk in different ecosystems. You will see many animal species such as the red-eyed frog, kinkajou, armadillo, tarantula, ocelot, reptiles and many surprises…

An impressive way to discover the spectacular Osa jungle. You will discover the canopy of a primary forest, the incredible treetops, the fauna living in the heights of the forest …

Bolita’s 15 kilometres of trails cross more than 61 hectares of forest. They will take you through different altitudes of primary and secondary forests. You will discover four creeks, numerous waterfalls, various sites offering a fantastic view of the ocean, as well as the magnificent Rio Tigre. It is an ideal place to observe much of the flora and fauna of Osa. A map will be provided at the entrance.

your personalized WALK with Manuel 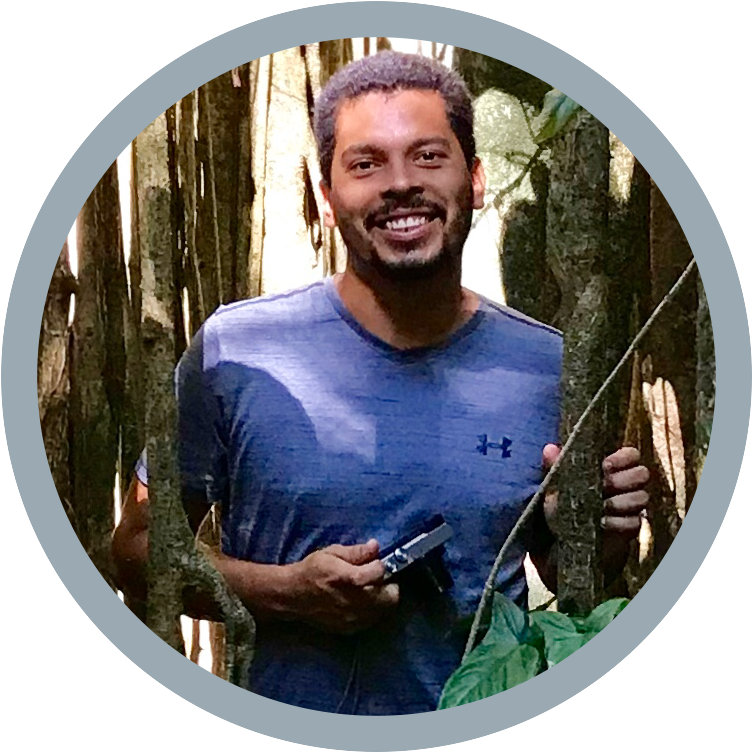 Manuel was born in the heart of the Osa Peninsula in the family finca of Piro. Miguel, his father revealed all the secrets of the rainforest to him. The forest was his playground. Then an American foundation bought a large part of the property. Scientists moved in close to the family home. With his knowledge, he was their guide… They also taught him a lot about the natural treasures of his native land. Then he became himself the person in charge of the foundation’s turtle protection program.

Very early on, he became interested in wildlife photography. He became the foundation’s photographer and presented his work in solo exhibitions in the United States.

Manuel can accompany you and reveal the secrets of the peninsula according to your interests and wishes.

INFORMATION REQUEST
Open chat
1
Need help?
Pascal of Punta Preciosa
Hello,
I am Pascal
Can I help you ?